You’ve heard of road rage, but have you heard of IT rage? 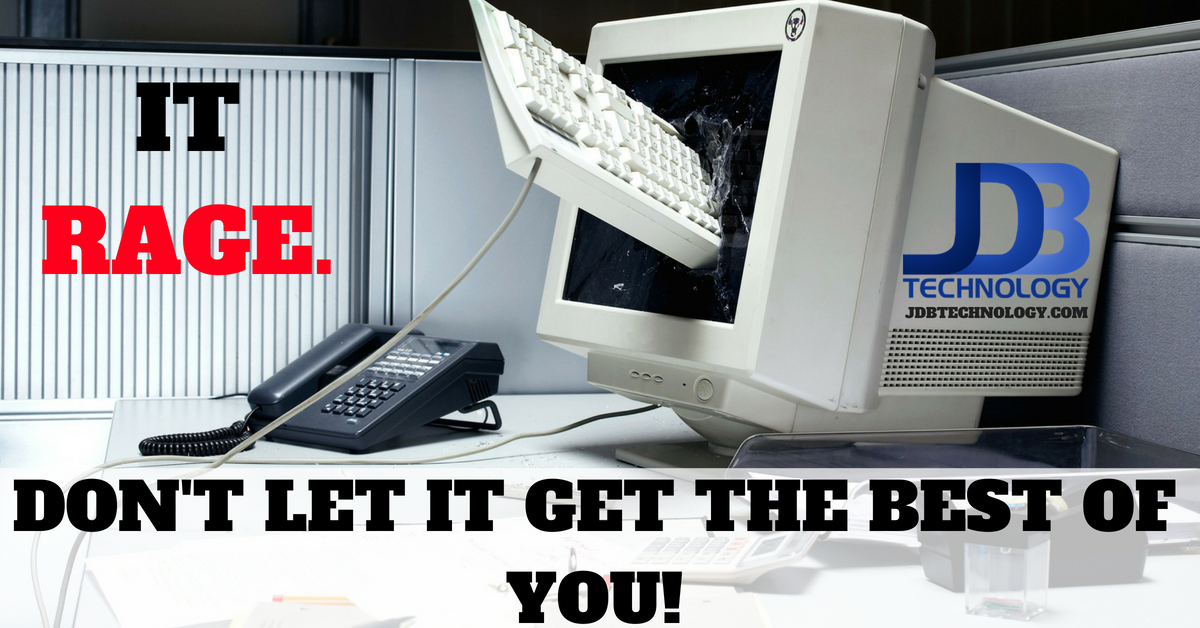 Have you ever been in the car with someone that has had road rage?  They sit in traffic yelling “MOVE!” even though traffic is at a standstill.  That is what someone with IT rage looks like.  IT rage is extreme anger, swearing and shouting at the monitor, hitting the keyboard, or smashing the mouse—due to frustration with a company’s information technology policies or an unresponsive IT staff.  They sit and yell at their computer as if the computer can fix itself.  You might even hear them in the cubicle next to you talking to their computer asking, “Why are you doing this to me?”.  Next thing you know, they are throwing the mouse and keyboard across the office along with spewing some foul language.

When your computer is down, it causes interruptions and delays in the workplace.  Everybody’s first reaction to a computer problem is anger: it’s about the most frustrating “first world problem” there is.  We also find that a simple problem can eat of the time of multiple employees.  As an example, Jim can’t print.  He then grabs Larry to try printing from his computer.  They both can’t print now, so Sally tries to clean out the printer for them while they ask around to see who else can’t print.  At the end of the fiasco, 10 frustrated employees lose 20 minutes of time trying to figure out why printing is down.  When computers fail to do things we ask them to do, the outcome seems to results in anger, loss of time and potentially broken hardware.

So our advice comes is two forms:

Don’t let IT rage slow you down. JDB Technology has the knowledge and experience to help you grow by letting you focus on your business instead of you being the “IT guy”.   Give us a call today.

Give us a Call